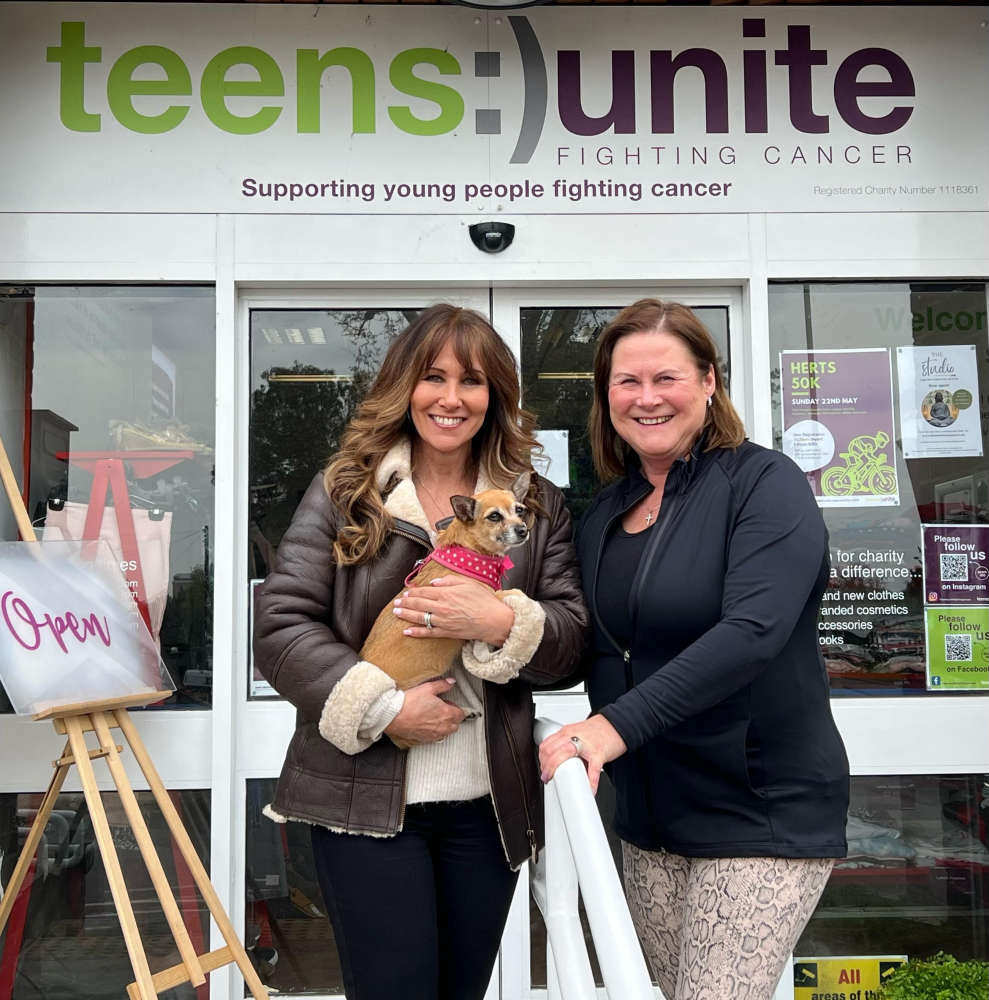 CELEBRITY interviewer Linda Lusardi is calling on radio listeners to back a charity in Hertfordshire that helps young people diagnosed with cancer.

Hoddesdon-based Teens Unite - which has provided support for over 3,000 young cancer patients across the UK - is to be featured in a special slot on Great British Radio.

Former model Linda, who has starred in TV dramas such as Emmerdale and Brookside, is a long-term supporter of the registered charity and recently interviewed its co-founder Debbie Pezzani.

Linda, who lives in the Hertfordshire countryside with actor husband Sam Kane, said: "Teens Unite is an absolutely magical charity that is dear to my heart. Cancer is dreadful for anyone, but when you're still developing and all your friends are enjoying life to the fullest it is really pointed."

Teens Unite will feature on air next week in a new slot called 'Shine A Light', in which Linda will regularly highlight the work of charities and good causes.

During the interview, Debbie reveals the charity is going strong despite challenges caused during the pandemic. Debbie set up Teens Unite after seeing the impact of cancer on young people whilst volunteering in a hospital.

Around 2,500 young people are diagnosed with cancer every year. Encouragingly, around 84% survive - but despite receiving effective medical care many struggle to cope with isolation and loneliness.

Debbie said: "The main aim of the charity is to bring young people together to build friendships, to reduce isolation and give them the experience of not being on their own. At Teens Unite we don't focus on anything medical. We talk about living your best life right now and how to share that with other people who are feeling like you."